Products That Are Good For Your Body, As Well As The Environment

I received these products from Sea Witch Botanicals for review.  This woman owned company is committed to creating products that are not only good for your body, but for the environment and waterways as well. 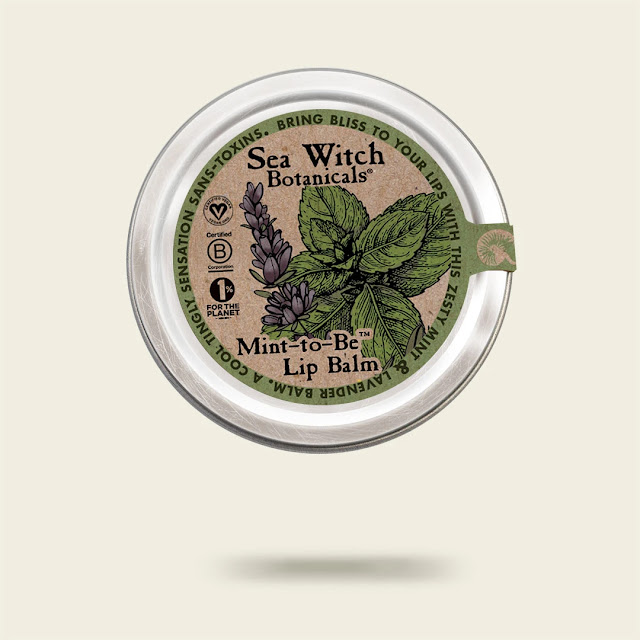 Mint-To-Be Lip Balm is a vegan lip balm that is made with peppermint and lavender.  This was the first recipe from Sea Witch Botanicals and was originally made as a wedding party favor.  It was such a big hit that they decided to add it to their product selection.  This minty lip balm is delightfully refreshing and it's colorless, so it works for everyone!  And with a price of only $8, they're very affordable. 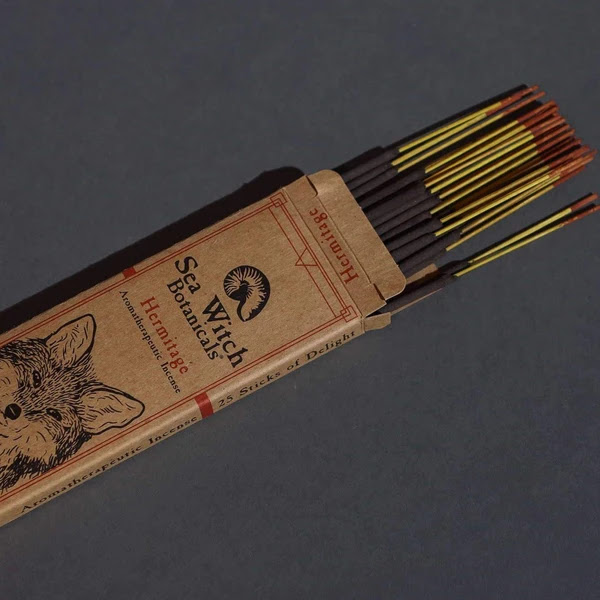 Hermitage Aromatherapeutic Incense is an all natural, essential oil based and air purifying incense.  It features an intimate blend of patchouli, citrus and lavender.  It was inspired by the natural hideout of legend, Hermitage.  The deep, earthy patchouli is coupled with juicy citrus for an aroma that will remind you of a grove of old growth trees and the crispness of autumn leaves.  Unlike most incense blends, Hermitage contains only pure essential oils.  Hermitage was crafted without any chemical preservatives or synthetic fragrances.  The incense sticks are made with bamboo derived activated charcoal that cleans the air as it burns by pulling impurities and germs out of the air.  The paint on the sticks is clay based and 100% plant derived. The result is a clean burning, great smelling incense.  For $10, you get a pack of 25 sticks. 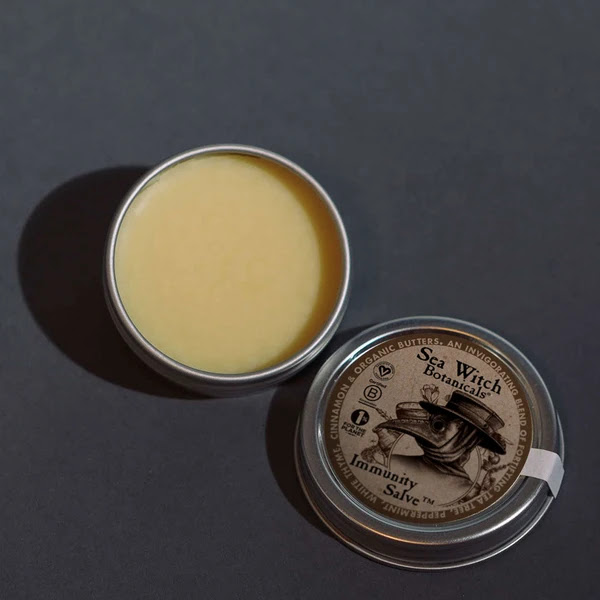 Immunity Salve is a fortifying blend of essential oils that's great for every day use.  It's based on the "thieves of the black plague" lore, using the ancient array of herbs that was said to protect those who wore it from the black death.  The folklore says that as the black death swept across Europe, a gang of thieves was robbing the dead and dying without getting sick themselves.  When the thieves were caught, they bargained for their freedom by disclosing the secret recipe for that they claimed was the secret to avoiding the sickness.  This salve contains Eucalyptus, White Thyme, Clove, Orange and Cinnamon.  To use the Immunity salve, apply it to pulse points like the wrist and just under the ear.  I don't know if it will really keep sickness away or not, but it does smell really awesome!  Immunity Salve is affordably priced at $12.