I received this product from Not Parent Approved for review.  If you're looking for a new family game, then this is it! 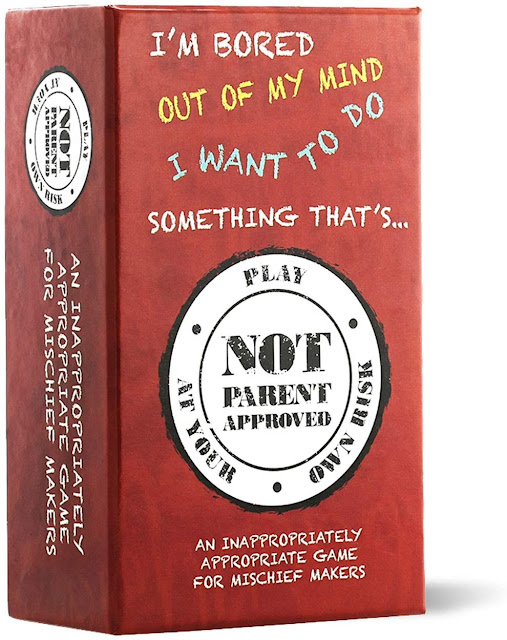 Not Parent Approved is a super fun game for the whole family.  Pre-teens and teens will have a blast playing this (kids from age 8 and up), as will Mom and Dad and even Grandma and Grandpa!  The fun starts immediately with choosing who goes first.  You do this by having a burp off!  Whoever does the best burp, whether a real one or a fake one, wins the right to start off the game. 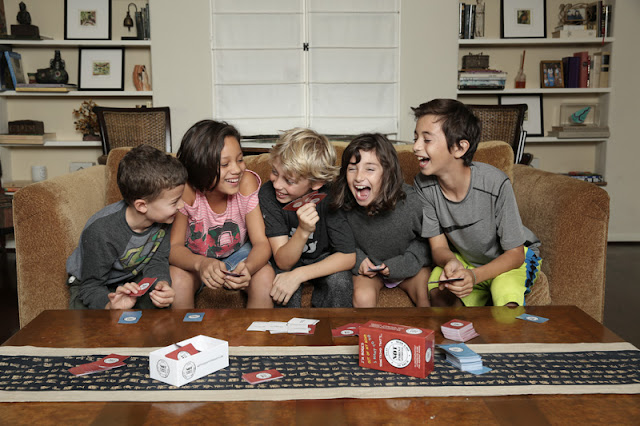 This kid friendly word game of fill in the blanks inspired by Cards Against Humanity and was created to provide an attention grabbing, easy to learn and hilarious alternative to screen time for children and their families.  Kids love it because it feels naughty, but in a way in which (most) parents will think is completely fine. 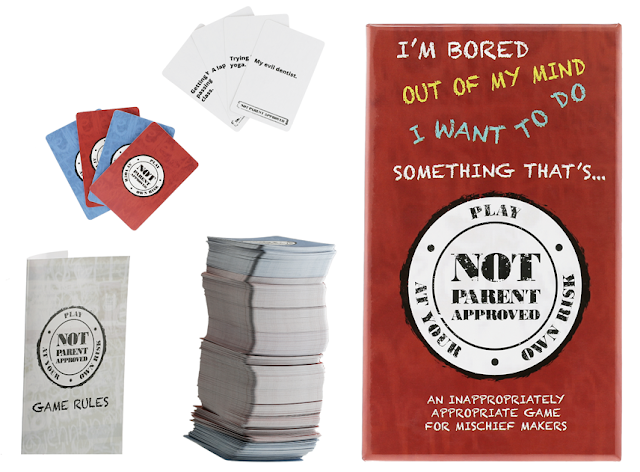 Gameplay is simple, there are no complicated rules.  No need for a board with tons of pieces.  No need to be great at drawing, on the spot clever, and no acting skills are needed. 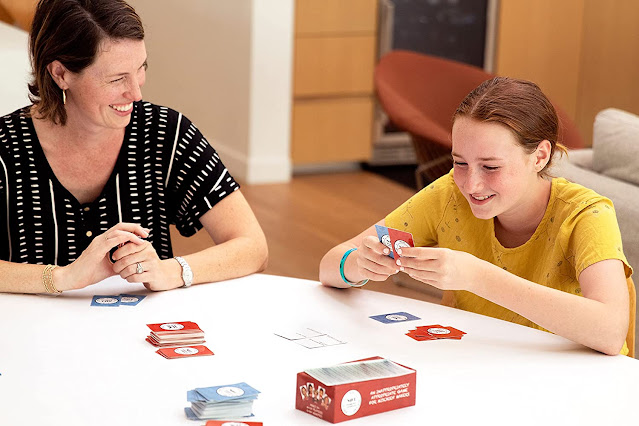 Each player draws seven red answer cards, which they can look at but can not show the other players.  The winner of the burp off (the Burp Boss) draws one blue question card and reads it out loud to the other players.  Each player then chooses the one card from their hand that they think is the best answer to the question.  They slide their answer cards face down to the Burp Boss, who then stacks and shuffles them without looking at them. 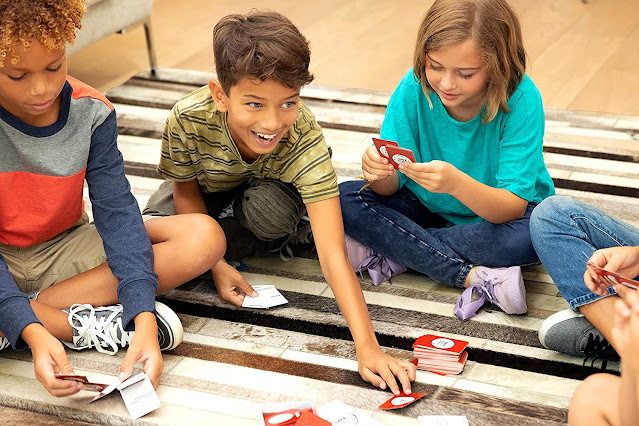 The Burp Boss rereads the question, then reads the top answer card.  He or she does this for each card.  Everyone will laugh as each hilarious answer is read, then the Burp Boss chooses the answer that he thinks is best.  The person who gave that answer card gets the blue card to show that they have scored a point, the used red cards are discarded and the role of Burp Boss is passed on to the person to the left of the current Burp Boss.  You can play as long as you like, the person who has the most question cards at the end of the game wins!

This is such a fun game for groups to play, you'll spend hours laughing!  It's a perfect Christmas gift as well!