I received this game from PlayMonster for review.  My family loves watching zombies on tv.  If there's a zombie movie or a zombie show, we've most likely seen it or are preparing to watch it.  Well now, thanks to PlayMonster, there's an awesome zombie game!

Zombie Chase is a 2 - 6 player game that is perfect for ages 7 and up.  It's great for family game night and has a retail price of $19.99.  The game is set in an Amusement Park.  You’re trapped inside with the janitor who has turned into a zombie.  To get out (and win the game), you need to search for a key to open the gate.  If you get turned into a zombie, your game is not over!  You just switch teams and start going after the other players as they search the key.  Your new goal is to turn them all into zombies before they escape.  Zombie Chase is a thrilling game that you can win regardless of whether you end up as a human or a zombie! 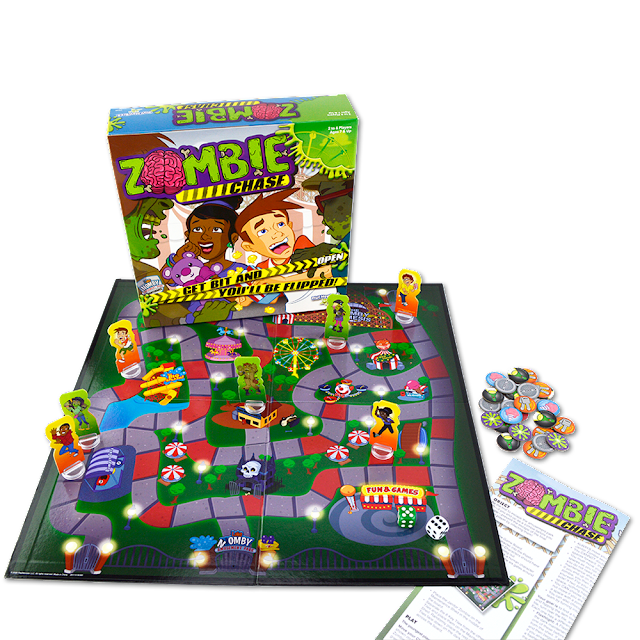 The game comes with a game board, 2 six sided dice, 6 two sided characters, Janitor Zombie, 7 stands, 27 tiles (consisting of 8 flashlights, 4 cotton candies, 3 zombie slimes, 6 manholes and 6 keys) and the rules.  The character pieces start out as humans, but if you get zombified, you remove the character from the stand and flip it to reveal the zombie and put it back on the stand. 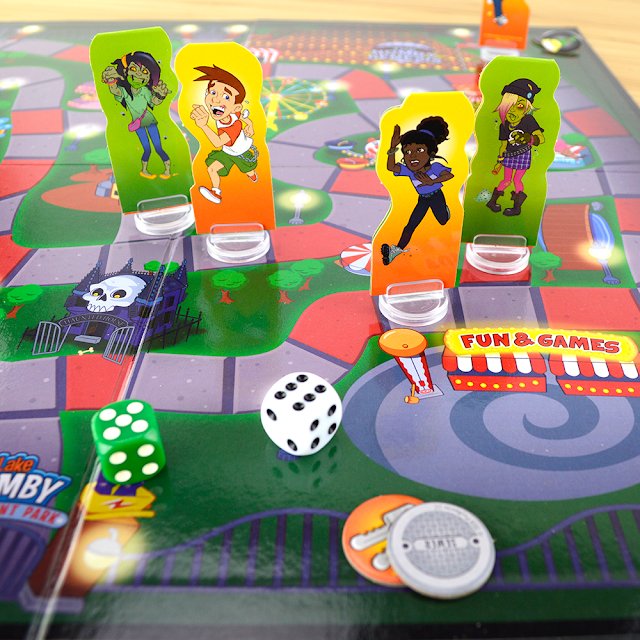 Can you survive the zombies and escape the amusement park as a human?  Or will you be turned into a zombie and prevent the humans from safely escaping?  Play Zombie Chase and find out!