I received these products from PlayMonster for review.  PlayMonster has a large selection of games, toys and craft kits to choose from.  They have something for everyone!  For this review, I received Snap Ships Gladius AC-75 Drop Ship and 5 Second Rule and both were huge hits in my house.  It's two awesome gift ideas for Christmas! 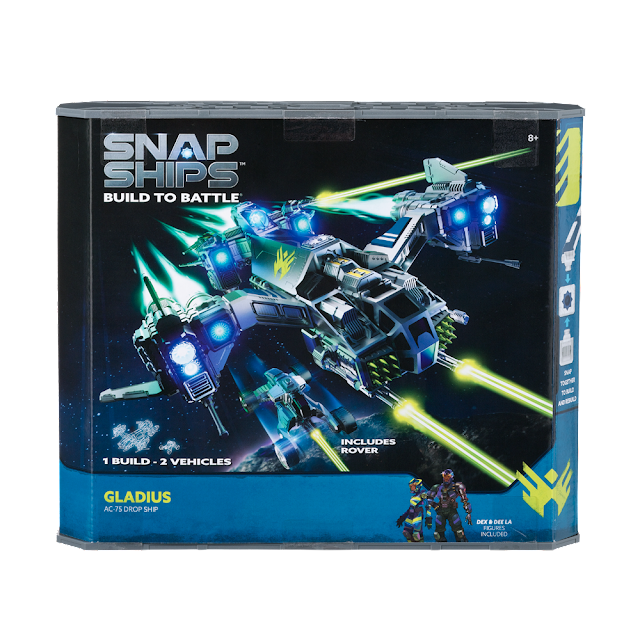 From the website:  "Welcome to the future…where humanity is under constant attack from a brutal alien threat. The Komplex spreads through the galaxy and growing stronger with each species they defeat and assimilate. To fight them, humanity relies on an elite team, the Forge, who pilots their own armada of spacecraft known as Snap Ships." 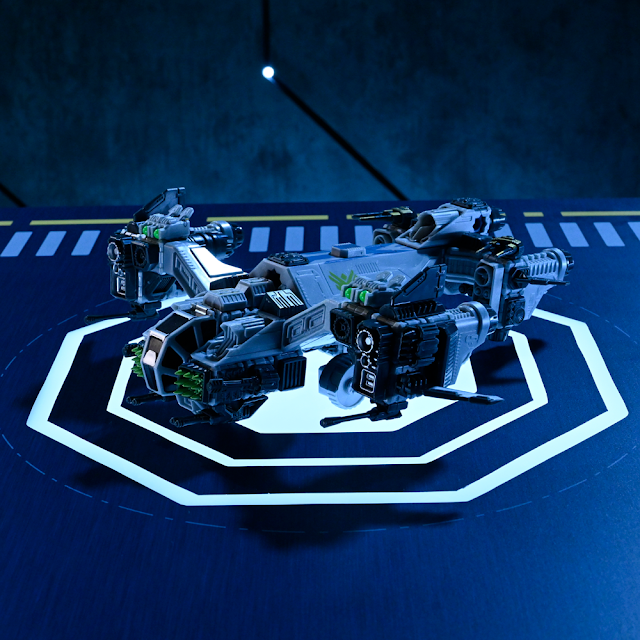 The Snap Ships Build To Battle Gladius AC-75 Drop Ship comes with everything you need to build this exciting space ship and attack rover.  It has a suggested retail price of $44.99 and is recommended for ages 8 and up.  It includes 124 building pieces, 24 accessories and instructions.  It runs on pure kid power, no batteries are needed!  Gladius is just one of several kits that PlayMonster has available, and all sets and pieces are interchangeable.  That means you can combine pieces from multiple sets and create your own designs with them. 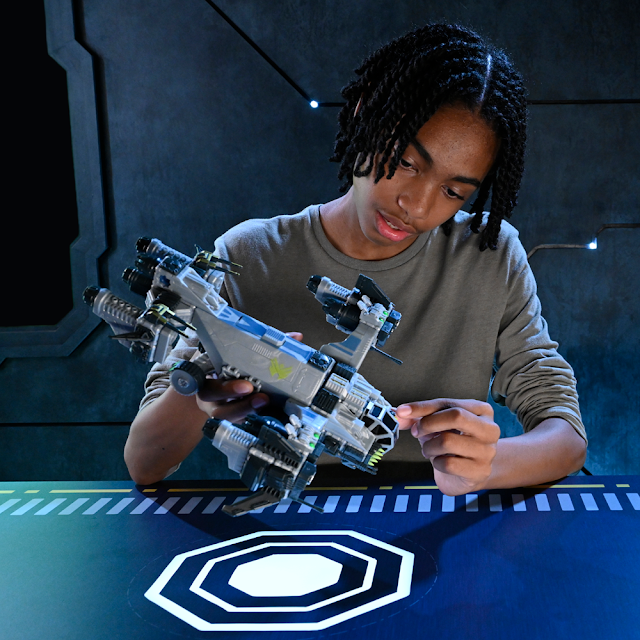 Once you assemble your Gladius, you can engage in battle with real shooting weapon play!  Gladius is a large and heavily armed ship that can clear landing zones and deploy a fast attack rover for ground missions.  It's piloted by two of the Forge's best pilots, Commander Dex and Dee La.  And things can get really interesting when you add the mysterious UJU tech piece that’s included! 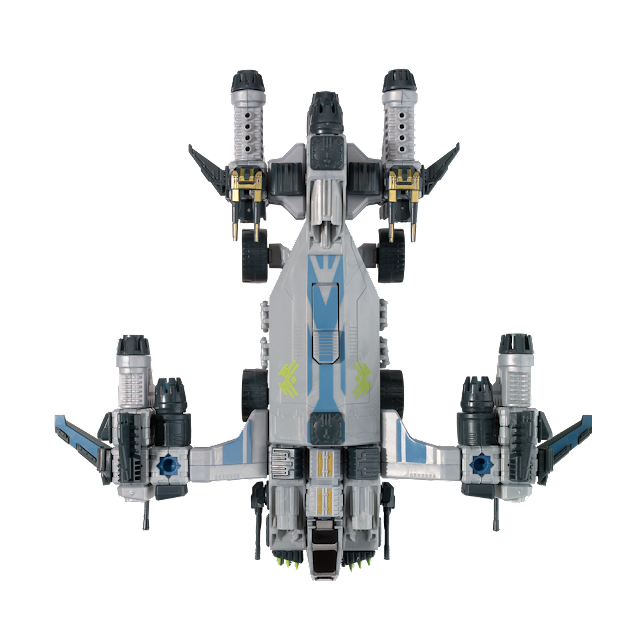 When you download the free Snap Ships app, you'll get more action play and more ship build ideas!  This toy will provide hours of creative fun! 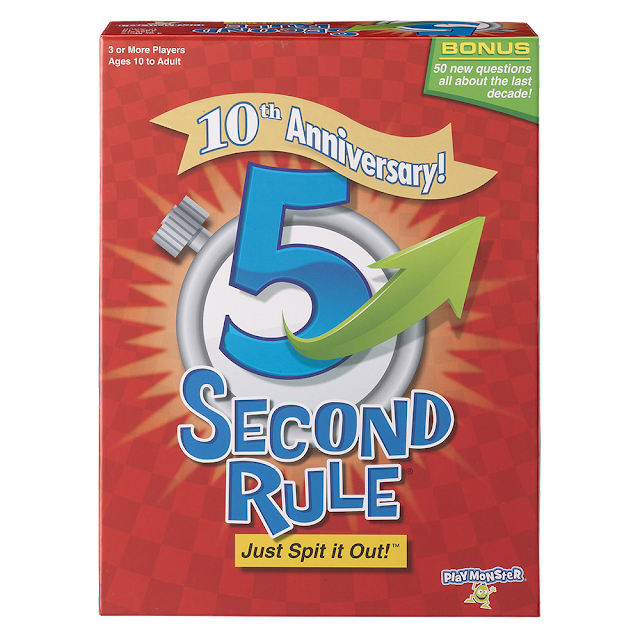 5 Second Rule 10th Anniversary features 50 new bonus cards about the last decade in addition to the cards that come with the original game.  It's the same great game that gives you five seconds to name three things in a given category.  It sounds easy, but will you be able to think of 3 different ice cream flavors or 3 different breeds of dogs, when the other players are staring at you, just waiting for you to get flustered and mess up?  In this game, time is not on your side, so it's best to just say whatever comes to mind.  But with that comes the risk of hilarious and ridiculous answers slipping out.  So be prepared for lots of hysterical laughter when you play this game! 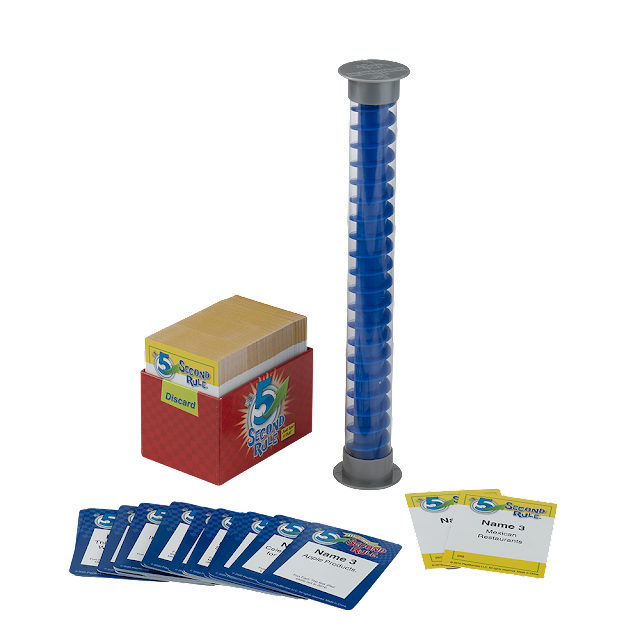 This game has a suggested retail price of $19.99 and is recommended for ages 10 and up.  You need three or more players to play.  The game includes 576 questions on 288 cards, 50 special anniversary questions on 25 cards, a 5 second twisted marble timer and the rules.

The laughter is all in good fun when playing this fast paced game where you have to Just Spit it Out!  Just have fun with it!