Get into the Christmas spirit with this Christmas CD

I received this CD for review.  It Should Be Called CHRISTmas byt Tom Rule is a wonderful compilation of Christmas songs that will provide the perfect soundtrack for your holiday celebrations.  Head on over to his site and listen to a few songs, and then choose one of the retailers to order your own copy.  It is available in your choice of Live or Studio Recording, in both digital download and physical CD form, from retailers like CD Baby, Amazon, itunes, Google Play and Tom's Nimbit Store. 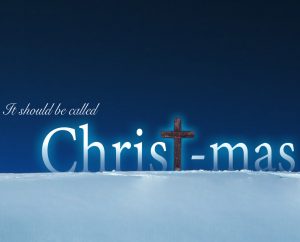 With a mix of lounge, bebop, jazz, and classical influences, you’ll enjoy familiar Christmas music coupled with brand new takes and styles – featuring Christmas music that HASN’T been overplayed.  You’ve walked into stores and heard the same 50 songs that play on every radio station, Pandora playlist, and probably on your own phone.  Tom wants you to feel right at home this Christmas with these tunes – but to explore new ways of experiencing them.

The Live Album:  The live album was recorded as part of a live webcast done to celebrate the release of the Studio Album.  All solo piano, it features most of the tunes from the Studio Album, PLUS some special version of tunes from the Tom&Co album seasons AND a couple of songs that Tom just wanted to play (including an exceptional version of the Vince Guaraldi song "Christmas Time is Here".

The Studio Album:  The Studio Album has been well received and has received international airplay on both terrestrial and internet radio.  There's also two brand new songs aimed at getting your toes tapping and your head thinking!  For example:  You know the song "Go Tell It" - most of us sang it growing up.  But have you ever thought about telling it over the field and everywhere...to a jazz club melody?

Having worked with names such as Darius Rucker, The Grapevine, Joey Stuckey and select members of The Mile High Orchestra, enjoy the culmination of 30+ years in the music industry on one album as you celebrate the season!  Have a listen to these latest releases, in addition to previous albums under the name Tom&Co as well as Tom Rule, and bring in the holidays with music that will jazz up your typical playlist.


It really SHOULD be called CHRISTmas!
at 6:54 AM