Pest Control Software Helps You Keep Up With Your Business.

Jack decided to start a pest control business.  He placed an ad in the local paper and soon the calls were coming in.  He offered a monthly service to routinely treat houses or businesses for various pests.  He was also getting calls from individuals who just wanted a current infestation taken care of.  Soon he was so busy that he could barely keep track of everything.  So he hired Janie to help him.

At first it was easy.  He'd make his rounds to his monthly customers as scheduled.  And then he would take care of the individual calls.  Jack would treat the house or business property for whatever pest was causing the problem.  Sometime is was rodents, sometimes spiders, but the most common pest of all was cockroaches.  Jack would spray his pesticides, collect the money and be on his way to his next appointment. 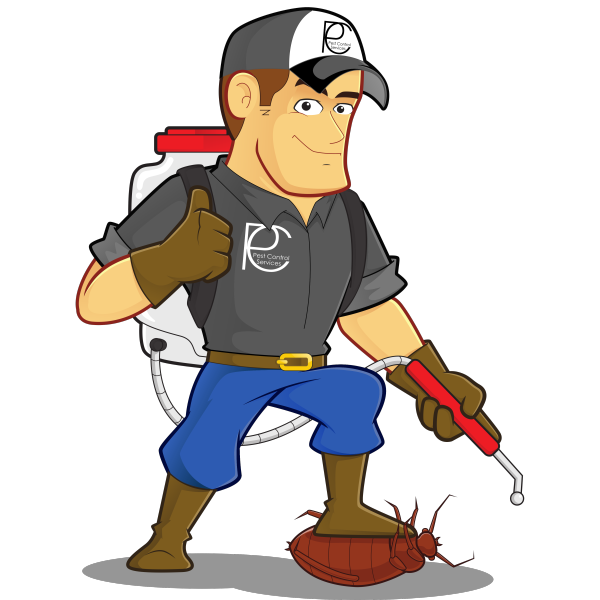 But Jack did such a good job that he was soon approached by people on the street, asking him if he could treat their house as well.  He would call Janie to let her know to record the unplanned job.  But sometimes he would be so busy that he would forget to call her.  And their records would be thrown completely off balance.

He would write out receipts for all of these unexpected jobs, but even this was hard to sort through when he got back to his office.  After a long day in the field, he would have to help Janie sort and record his daily receipts.   This was very time consuming.  And sometimes even he was unable to read his writing on those receipts.

Jack saw his competitors smoothly completing their work in higher volume than his own.  Their technicians would spend their hours in the field, then go home to their families.  Jack would do his fieldwork and then spend several more hours helping Janie sort through his daily receipts.  He wondered how other companies were able to keep up with their work load so efficiently while he struggled to keep track of everything.  He was missing appointments because they were not written down correctly.  And his billing records were so chaotic that he was losing track of the money coming in.

That's when Janie looked up from the mound of paperwork that she was buried in and told him about Pocomos.  It's a flexible pest control software that helps you keep track of everything in your business.  It helps with scheduling appointments, accepting payments, monthly contracts or individual jobs.  It will even help you do your service route more efficiently according to where your appointments are located.

And those unexpected "extra" jobs you are asked to do while you are in the field?  This software helps with those too.  You can create e-contracts in the field and collect payment using any device.  You can communicate with your customers to notify them of delays that may have come up, or just to remind them of your appointment.  You can easily track and manage your sales revenue and production numbers as well.

Now that Jack knows about this amazing software, his business is thriving.  He has time to enjoy his successful business while still offering the best possible service to his customers.