I received these products from TeeTurtle for review. 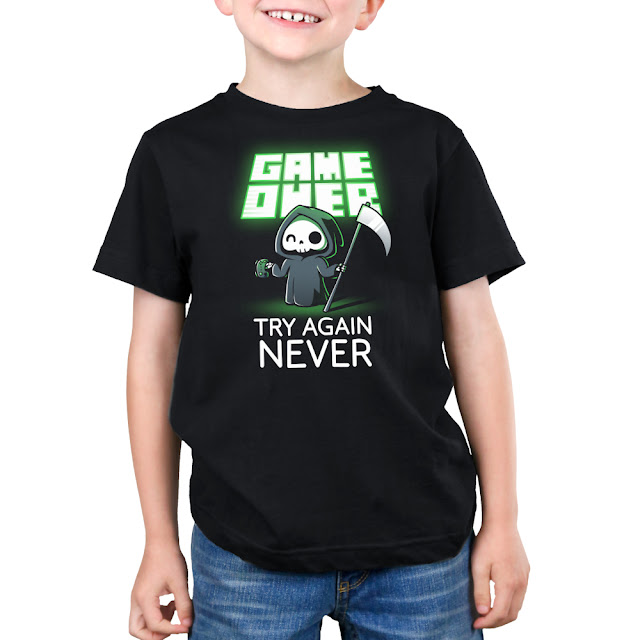 The Try Again Never T-Shirt ($24) is available in men's, women's, junior's and Kid's Unisex sizes.  Showing a cute little reaper, the text reads "GAME OVER - Try Again Never".  This is a perfect gift for any little gamer. 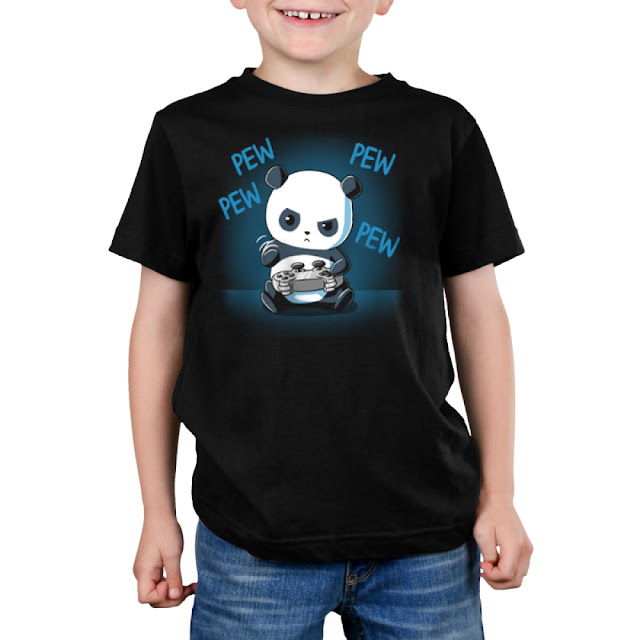 The Pew Pew Panda T-Shirt ($24) depicts an adorable little panda playing a video game.  This is a double hit for my son, who loves pandas, as well as video games.  The panda looks like he means business with the fierce determination showing in his eyes as he aims at his enemies in the game and shoots to kill. 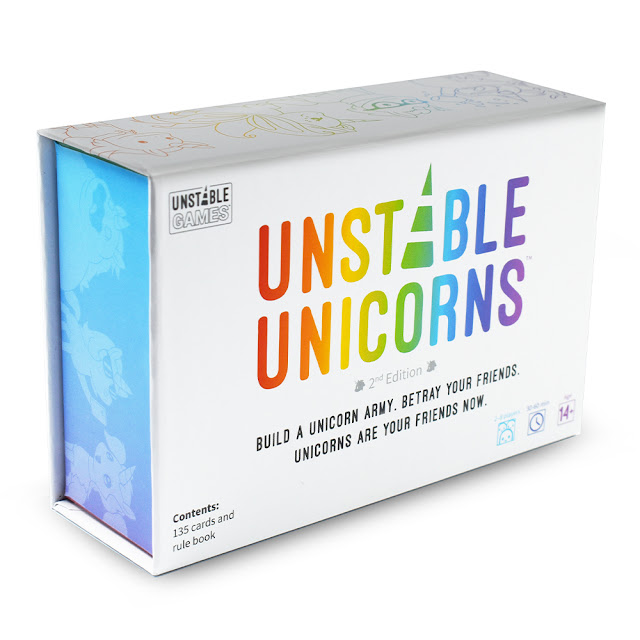 Unstable Unicorns ($20) is a super fun, strategic card game.  The goal of Unstable Unicorns is to be the first person to collect 7 Unicorns in your play area, also known as your Stable.  You do this by gathering up your own Unicorn army and using a combination of their magical powers and Magic, Instant, Upgrade and Downgrade cards to hinder the other players’ progress and destroy their Unicorns instead.  But beware - each player has all of these tools at their disposal as well, and you may just find your plans foiled by a well played “Neigh!” card.  This game is for 2-8 players age 8 and up.  This is the base game, there are expansion packs available as well. 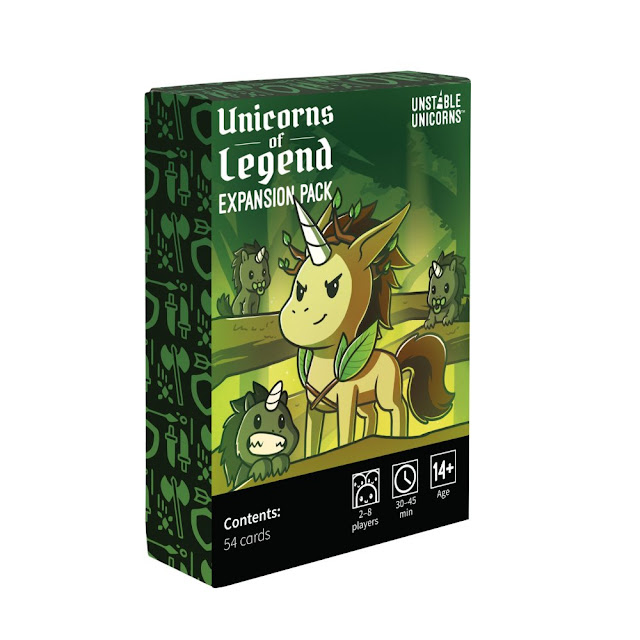 Unicorns of Legend Expansion Pack ($15):  Unicorns from realms near and far have heard your call to arms and quest to join your army!  Provision your forces with a variety of battle hardened unicorns and potent magical spells and obliterate all who stand in your way! 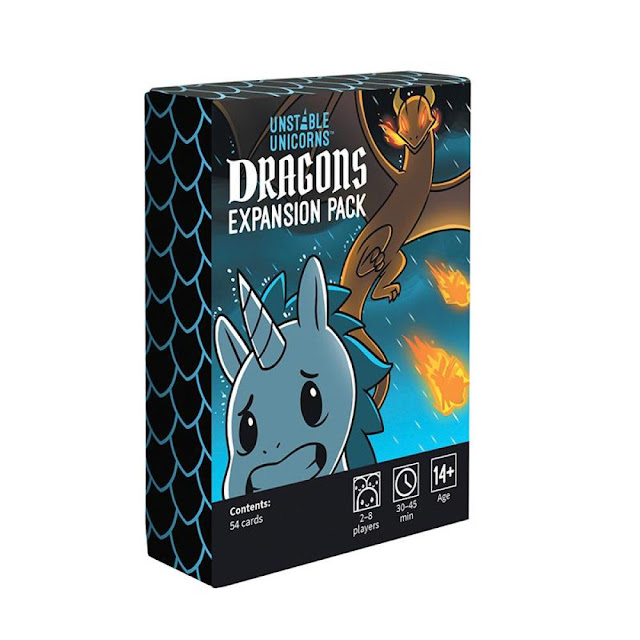 Dragons Expansion Pack ($15):   This expansion adds dragon themed Upgrade, Downgrade and Magic cards, along with some all new Unicorns to battle.  Who will rule the skies over your Stable? 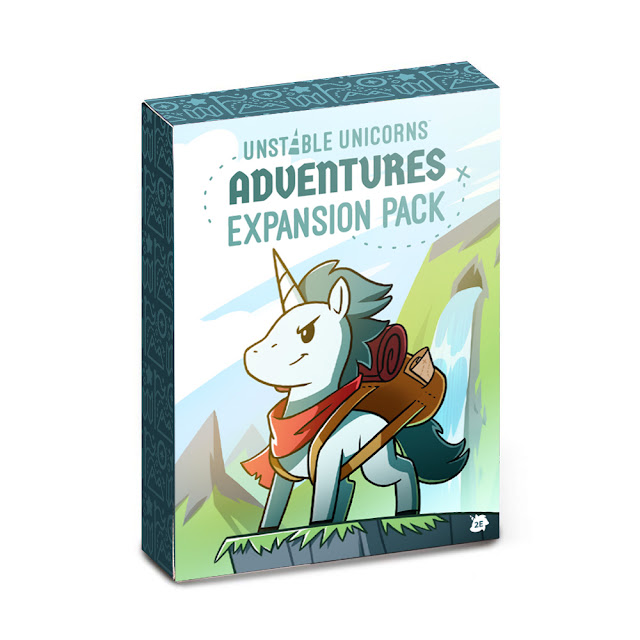 Adventures Expansion Pack ($15):  Adventure awaits your Unicorn army as it pillages the seas and battles for buried treasure!  Will you retrieve the royal booty or walk the plank? 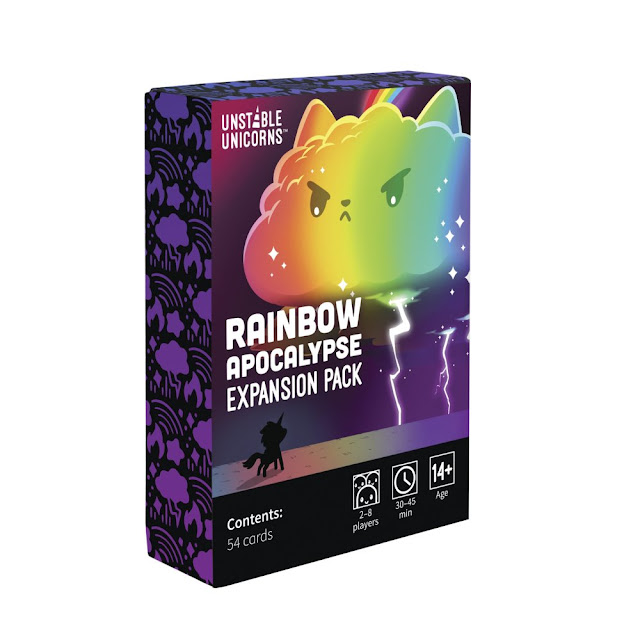 Rainbow Apocalypse Expansion Pack ($15):  Kill your enemies with kindness... or a massive plague.  This expansion pack contains 27 adorably destructive cards and 27 cards that are full of apocalyptic mayhem!

Unstable Unicorns is a great game for game night.  You need the Base Game to play the Expansion Packs.  It is very popular with teenagers, but adults enjoy it too!