Spooky books for kids and adults!

I received these books from Austin Macauley Publishers for review.  Everyone loves a spooky story, especially around Halloween.  Here is a list of some awesome books that are perfect for this time of year!  They can all be purchased directly from the website. 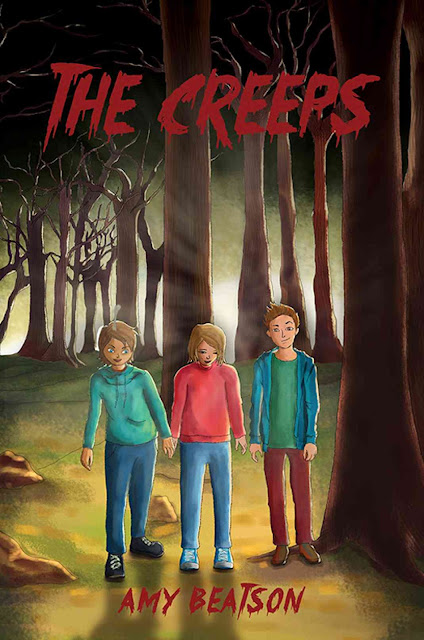 The Creeps is written by Amy Beatson.

This is the story of two children, Eve and Eric.  While staying at their grandparents, they decide to do some secret investigation, along with their friend Sam, into a mysterious family from a neighboring farm who seem a bit out of the ordinary.  They had heard quite a bit of folklore about the area. The tales are creepy and odd, so they decide to investigate further.  After a good bit of tracking, the outcome is not quite as they expected! 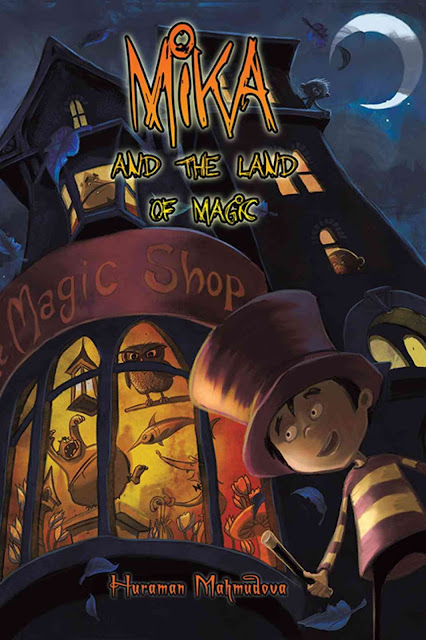 Mika and the Land of Magic is written by Huraman Mahmudova.

What would you do if you had found an empty book and every night it would wake you up and write a new adventure just for you to fulfill?  Exactly what Mika did, he followed step by step, only to discover a hidden magic shop full of secrets opening just up for him.  He has a chance to have his wish granted for just a small simple favor:  bringing something in return, an adventure through the hidden staircase and into the woods.  But soon enough, Mika realizes that something is wrong and the journey is starting to become dark, dangerous, and very wrong.  Are you willing to walk, fly, and swim through his journey?  Are you willing to help Mr. Magic and his monkeys?  Then open the book, because it is written just for you. 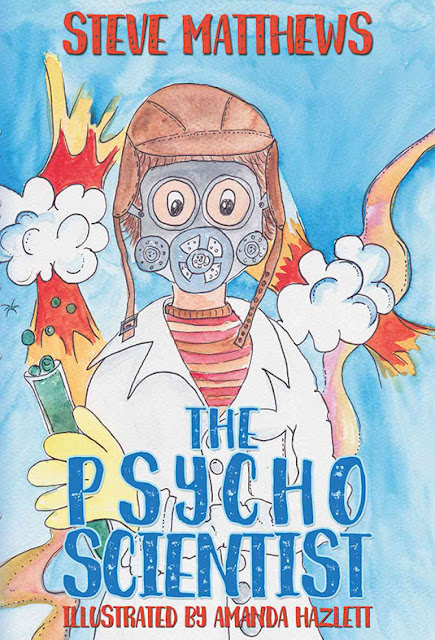 The Psycho Scientist is written by Steve Matthews and illustrated by Amanda Hazlett.

The Krumbles seem an ordinary family - busy mum, hardworking dad, and their two children Liam and Piper.  Boys, as Piper would tell you, are annoying and boring.  Girls, as Liam would say, are equally annoying but also devious and at times, too smart for their own good!  When Liam makes himself invisible Piper sets out to discover the truth, is he really a scientist?  Or a scammer?  Sisters always seem to have a way of finding out.  Liam then discovers a secret cellar full of rats and zombies, and wants to turn it into his very own laboratory, but Piper has other ideas.  In a dark and spooky corner Liam finds a briefcase full of amazing secret formulas that once belonged to Professor Nutbolt, a mad old scientist who mysteriously vanished years ago.  Now that the world of science is at his feet, will Liam discover the truth behind the Professor's disappearance or will he become a victim too?  Liam and Piper are about to find out. 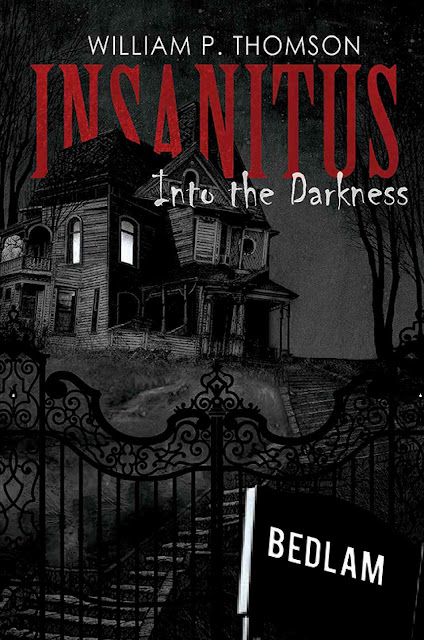 Make it to resemble a man
Sans emotions of any kind
Ignorant of pain and pleasure
Cold: bereft of heart and soul
One to kill at my command. 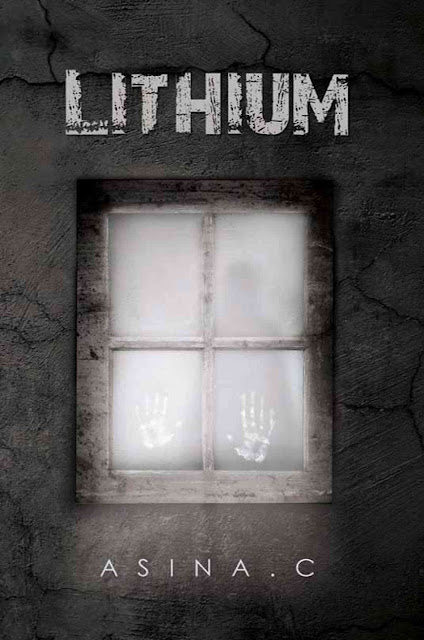 Lithium is written by Asina C.

A hospital sits in the midst of Chernobyl’s abandoned red forest.  In what was once a town, now devoid of inhabitants, resides twelve-year-old Zurin and her mother, who exhibits strange behavior until she goes missing.  Told to never go outside for fear of radiation poisoning, Zurin ventures into the forest, which inexplicably leads her to the hospital and to a past that hasn’t been abandoned.  She uncovers a truth that was not meant to be revealed.  They are not the only ones in Pripyat, and it is only a matter of time before someone else decides that she needs to be taken to the hospital. 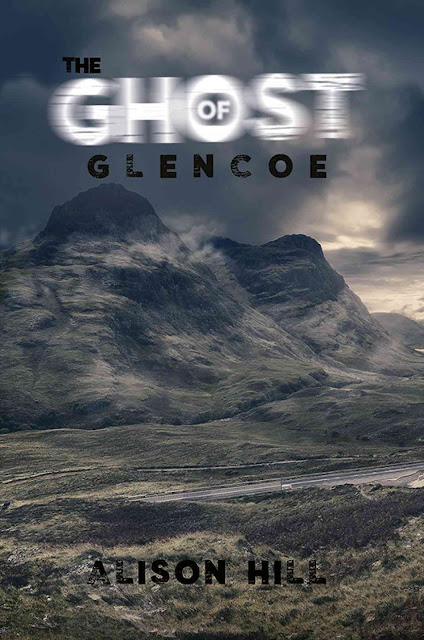 The Ghost of Glencoe is written by Alison Hill.

The story of the Massacre of Glencoe in 1692 is still widely told around the Highlands of Scotland.  The Campbell Dragoons came, asking for shelter from the Glencoe MacDonalds.  They were fed and housed for two weeks before they arose one night and butchered their hosts in their beds.

Anna takes her two small sons to a cottage in Glencoe for the summer.  She meets Calum, who is dealing with a crazed ex-girlfriend, Helena, but there is something more sinister lurking around Anna’s cottage.  Her six-year-old son is talking to ghosts and Anna is having violent dreams, reliving the night of the massacre as Kirstin MacDonald, who died horribly from frostbite, screaming for her missing son, two weeks after the massacre.

With the help of an eccentric local historian and his sidekick, they try to save Anna’s son from Kirstin’s ghost, but things are not what they seem. 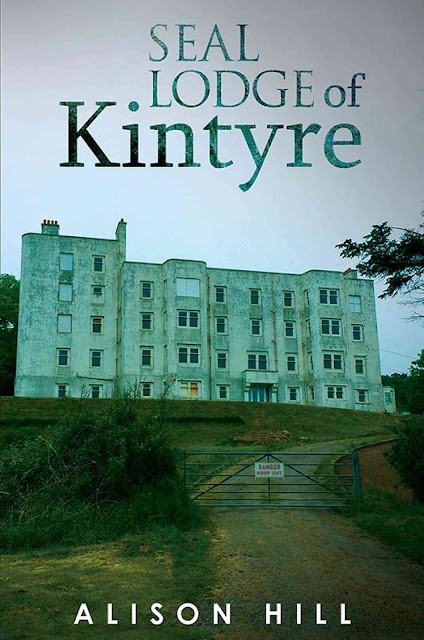 Seal Lodge of Kintyre is written by Alison Hill.


Scotland is a land full of myths, legends and ghosts.  None more so than at the Mull of Kintyre.  Clan Donald was one of the most powerful Highland Clans for centuries.  Amongst them was the great Colkitto, a giant of a man, a chieftain, pirate and warrior.

Kate has been asked to look into the history of Seal Lodge on Kintyre by the new owners.  She finds more than she expected, and the arrival of the new MacDonald owner awakens the spirit of the Bloody Preacher—a Covenanter clergyman whose bloodlust for enemies of the Covenant has been well documented.

With the Kintyre coastline cursed by the Preacher, Kate must delve into the past to find a way to destroy him and save the man she loves.  Helped by the ghost of Colkitto and the Selkies—who protect the coastline—Kate uncovers the mysteries of Seal Lodge.
at 5:49 AM