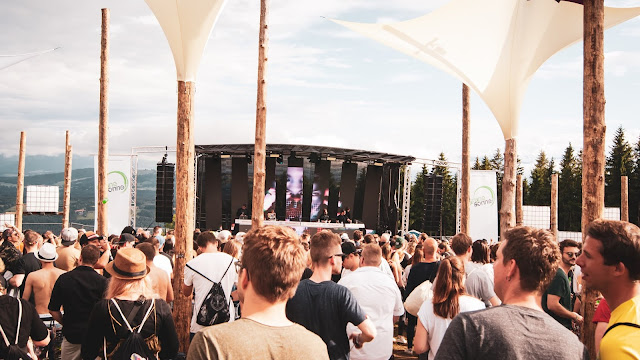 Outdoor music festivals always make for a great time, and in the U.S. alone there are currently over 800 according to the latest statistics, and new events are developing all the time.


These six outdoor music festivals have managed to stand the test of time, so you’ll know they won’t disappoint.

Coachella is one of the most famous festivals in the world. It sells out year after year and since 2012, the festival was extended from one weekend to two weekends every April. In 2015, the festival sold out in less than one hour. Held at the Empire Polo Club in Indio, California, it brings some of the biggest names in music from Jay-Z, Beyonce, and Kanye West, to Paul McCartney, the Black Keys, and Arcade Fire, along with plenty of fun under the desert sun and typically a host of celebrities in attendance.

Located on a 700-acre farm in Manchester, Tennessee, just 60 miles from Nashville, Bonnaroo hosts four days of music, parades, yoga, and so much more. Nearly all attendees camp on the property so there are no worries about traveling back and forth, although there are some hotel options nearby for those who don’t want to rough it. In 2019, headliners included Phish, Post Malone, Childish Gambino, Odesza, the Lumineer, and Cardi B, among others.

A relatively new festival, Aftershock is now in its eighth year and continues to grow. In 2018, the festival sold out to 60,000 fans. Hosted at Sacramento’s Discovery Park near some of the country’s best real estate, while you’re here you may want to check out some of the Sacramento houses for sale too. In October 2019, headliners include SlipKnot, Staind, Blink-182, Rob Zombie, Tool, and Korn.

Lollapalooza, an annual festival held in the Grant Park neighborhood of Chicago, was started in 1991 by Jane’s Addiction frontman Perry Farrell. Once known for alternative rock acts, the festival now includes hip-hop, techno, pop, and even country acts. More than 60 artists were scheduled to perform over four days in August 2019. Although the festival has received some bad media for declining sales in the early 00’s and by media reps for popularizing ‘alternative’ music, it is one of the biggest and best festivals in the United States.


Since 1971, Bumbershoot International Music and Arts Festival has had fans heading to the Northwest. One of the U.S.’s longest running festivals, Bumbershoot, held in Seattle every Labor Day weekend, hosts a variety of live contemporary music, dance, comedy, theatre, visual arts, and more.

The largest outdoor music festival in the U.S., Milwaukee’s Summerfest welcomed more than 100,000 fans in 2019 for 11 days along with over 800 artists. No matter what type of music you’re a fan of, you can find it here. Some of the biggest names in country music, including Jason Aldean and Willie Nelson; alternative rock, including Walk the Moon and Young the Giant; and hip-hop, namely Snoop Dogg and Schoolboy Q, headlined at this year’s festival.
at 7:12 PM